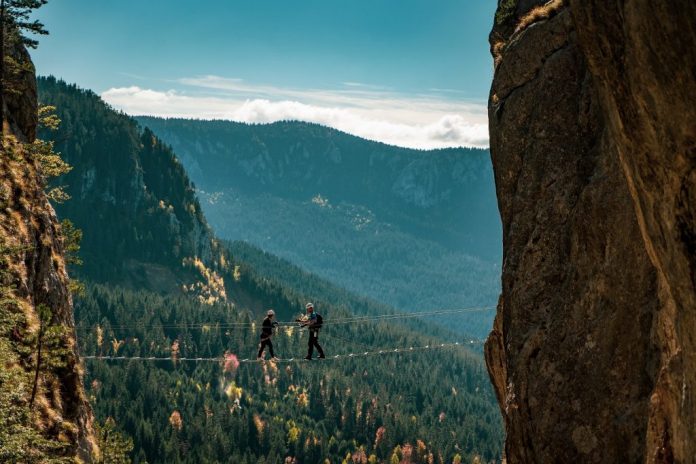 “Last winter’s tourist season on Jahorina was one of the most successful in history, thanks to the investments of the Government of Republic of Srpska and the successful operation of OC Jahorina, which resulted in a large number of guests, as evidenced by our hoteliers, who are extremely satisfied,” said the director of Tourism organization of East Sarajevo, Igor Ikonić.

However, we must not stop at this–says Ikonić–because our East Sarajevo deserves to have summer facilities as well. There is beautiful nature  all around us,  we have beautiful mountains, so this summer our focus will be an active vacation in nature. Jahorina has most of  such facilities with significant accommodation capacities, but we also have many other facilities that we can offer to our guests.

Romanija is a significant tourist destination, our tourist pearl, which has recently flourished thanks to the via ferrata ‘Sokolov put“ /Falcon Road/ at Crvene stijene /Red Rocks/.

“A large number of tourists visit Romania every day, the area has come to life thanks to this attractive, adrenaline-fueled tourist content, which is felt by caterers in Romanija, as well as hosts who have the opportunity to sell their products,” says Ikonić.

These days, a new ferrata on Crna stijena /Black Rock/ will be put into operation.

The new ferrata on “Crna stijena”, which will be a bit more demanding than the existing one, is part of the project “Enjoy Sarajevo-Romanija region” within which the ferrata on Crvena stijena and some other facilities were built in other destinations. This ferrata was not foreseen by the original project but donors were delighted with the results we’ve achieved after the construction of the ferrata so they decided, although they do not practice it, to reallocate funds in the amount of about 50,000 KM and allow us to build these, other ferratas”,  Ikonić pointed out.

Ikonić reminded us that, within this project, the contents of adventure tourism were previously provided; tourist balloon on a tied flight, gym and children’s outdoor playroom and artificial rock for climbing on Brus as well as a paragliding airfield, and that there are 35 km long hiking trails that connect two mountain lodges (Glasinac and Stajna) and facilitate visits to natural resources of these regions.

The favorite picnic spot on Brus, on the mountain Trebević, is full of tourists almost every day  and with the contents provided through the project “Enjoy the Sarajevo-Romanija region”, which we have already mentioned, we have a new, varied tourist offer in this part of East Sarajevo.

The director of the Tourist Organization of East Sarajevo says that, soon, in cooperation with mountaineering associations certain activities will be organized, such as marking hiking trails on Trebević, but also in other locations throughout the city.

“We want to promote all the advantages we have to ‘shake up’ the small and non-governmental sector, the associations we have and to realize some activities in cooperation with them that can give us significant results,“ Ikonic emphasized.

This ski center has one of the most successful winter seasons behind it. A large number of tourists visited Ravna planina this winter which is extremely attractive in the summer months, that is, throughout the year.

“The management of Ravna planina managed to create contents in a beautiful natural environment that make this destination attractive all year round, and it works very well,” says the director of the Tourist Organization of East Sarajevo.

Excursion site Tvrdimići has serious potential and this tourist product will be further developed in the coming period through new facilities.

“The backbone of the future development of this tourist area has already been made on this site. At the moment, the largest number of visitors are locals but, considering how they think in the municipality of East New Sarajevo, we can say that serious tourist content will be built up there, which will have a bright future.” said Ikonić.

The ‘Orlovača’ cave is currently being restored and is not open to tourists.

Igor Ikonić explains that works are being carried out in the cave, which should be completed before the cave is open to visitors and their concern is, above all, the safety of tourists.

According to Ikonić, Novak’s Cave may have been unfairly neglected when it comes to the tourist facilities that our city offers.

“That will change, we are certain, after the construction of the ferrata on Crna stijena /Black Rock/, which we mentioned earlier because, within that project, certain works will be performed on Novak’s cave itself. We will change the cables, the sidewalk, we will try to refresh this cave and give it new life in terms of greater promotion”, says Ikonić and adds that for him personally that part of Romanija is more beautiful and tame, and that it certainly deserves more attention.

A new concept of organization for better results

“The new concept of the organization of our institution envisages info centers in municipalities, which will mean cooperation and better communication with other municipalities. That may have been missing in the previous period, when everyone was locked in their local framework, and now, we believe, this way of organization will give even better results in the field of tourism.”, said Ikonić.

Ikonić also says that the activity of tourist organizations is defined by law– nevertheless, more can and must be done.

“I cannot be satisfied with the fact that visiting fairs is the only way of promotion and our most important activity. There is room here, and through certain events, to present our city in the most beautiful light. We have a great opportunity to develop sports tourism. The men’s and women’s volleyball national teams of Serbia are preparing in our city for the most important European and world competitions and the fact that top athletes from Pale can go abroad and win the brightest medals speaks volumes about our capacities and potentials,” said Ikonić.

There are many possibilities, one of the preconditions for the development of tourism is the improvement of the collection of the sojourn tax.

When it comes to the collection of the sojourn tax, Ikonić says that certain progress has been made but that it is necessary to strengthen the control in that area so that all accommodation service providers perform their activity in accordance with the law.

“In that area, it is necessary to strengthen inspection supervision because about 60 percent of accommodation capacities are still in the so-called gray area. We are trying to arrange it in an appropriate way and to be ready for the new winter tourist season, which, however, we must admit brings the highest income,” said Ikonic, adding that Jahorina generates about 90 percent of total revenues from tourism.

“We have the desire, will, energy and potential, we have room to act and we hope”, says Ikonic, “that in some future time, we can reach the magic figure of one million KM of sojourn tax collection, and only then, as he says, will we be able to say that we are ‘serious players’, that we are really serious about tourism and that we are investing significant funds in the promotion of tourism that will bring great results. 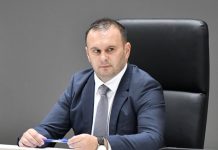 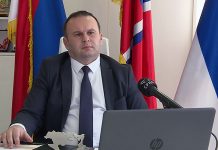 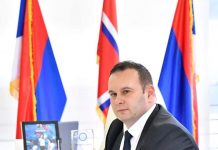